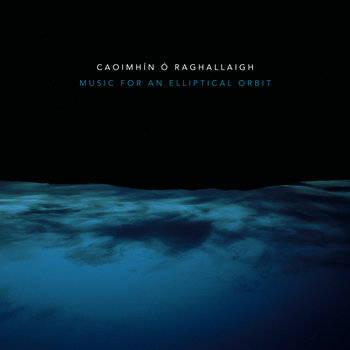 Music for an Elliptical Orbit

“Ó Raghallaigh’s newest solo work, Music For An Elliptical Orbit contains some of the most beautiful and visceral musical compositions to have graced this earth. As ever, with Ó Raghallaigh’s deft touch of hand, an ocean’s depth of raw emotion and rare beauty seeps through the aching pores of the listener’s heart and mind.”

“If ever a recording demonstrated that less is more, it’s Music for an Elliptical Orbit. Ó Raghallaigh’s simple narratives, beautifully spun, make for musical poetry.”

“Fiddler Caoimhín Ó Raghallaigh ventures into markedly different territory with Music for an Elliptical Orbit. Eight self-penned pieces – none of them much longer than six minutes – set the tenebrous, miscegenated timbres of a Hardanger d’Amore fiddle – a 10-string instrument ‘somewhere between a [Norwegian] Hardanger fiddle and a viola d’amore’ made for Ó Raghallaigh by luthier Salve Håkedal – against coruscated electronic washes of tidal complexity. It’s a decidedly crepuscular experience, flecks of eerily beautiful light sparking and darting through the gelatinous murk.”

The Journal of Music