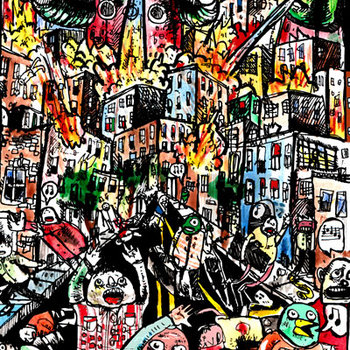 ZoiD Versus the Jazz Musicians of Ireland Vol 1

“ZoiD is the alter-ego of half-man half-guitarist Daniel Jacobson whose path has taken him from jazz to electronics and beyond. For his debut as Zoid, he has recorded a series of collaborations with senior Irish jazz figures, including Tommy Halferty, Mike Nielsen, Michael Buckley and Greg Felton, in which he adds, subtracts and otherwise interferes with his collaborators’ contributions via the medium of a computer and a mixing desk. This is either the future of jazz or the end of jazz as we know it. Or possibly both”

“There’s much in Daniel Jacobson’s Zoid project to get you humming. The composer and producer has never shied away from trying on new hats (his CV is dotted with trilbys and panamas galore, including academic forays and outings with such acts as Oldsquarelines and The Kai Big Band) and this set of electronica-vs- jazz fix-ups adds to Jacobson’s eclecticism. Seasoned veteran Irish jazzmen Tommy Halferty, Ronan Guilfoyle, Greg Felton, Michael Buckley, Sean Carpio and Mike Nielsen do battle with Jacobson’s electronic implements, and the results are both intriguing and enjoyable. Jazz has always proved fertile ground for producers seeking to get a new mojo on, and Jacobson comes to the ring with a huge amount of respect for the sounds he’s messing with. Picks of the bunch would be the wonderful future-bop realms of Jacobson vs. Buckley or the riffing and nonchalant dub of Jacobson vs. Guilfoyle.”